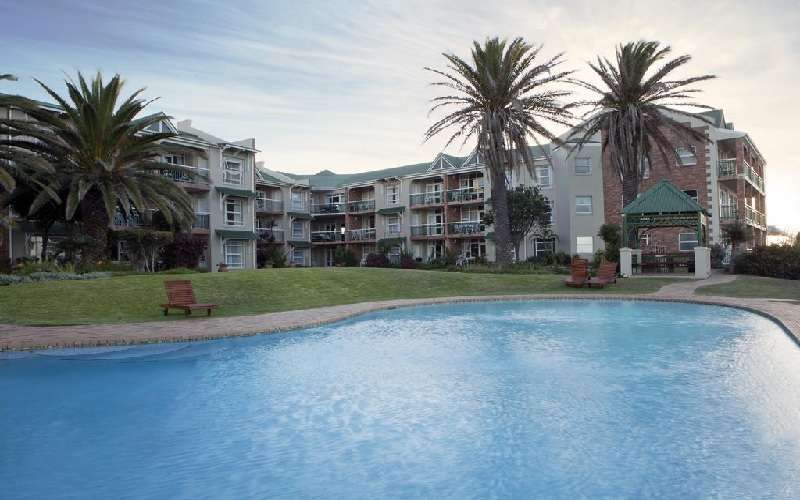 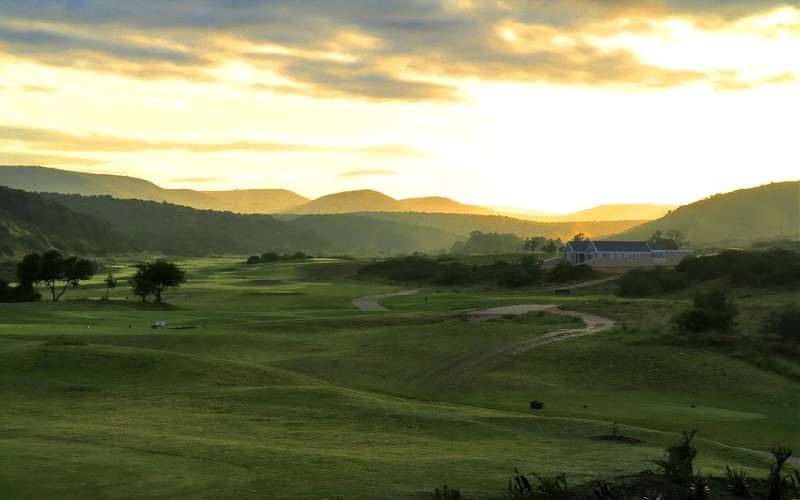 ★ ★ ★ ★
12 Reviews
The 4-star Bushman Sands Golf Lodge and Estate located in Alicedale, Eastern Cape of South Africa, is packed with History surrounding the Victorian era as this renowned for its Victorian
BOOK
ADDRESS: Main Road, Alicedale 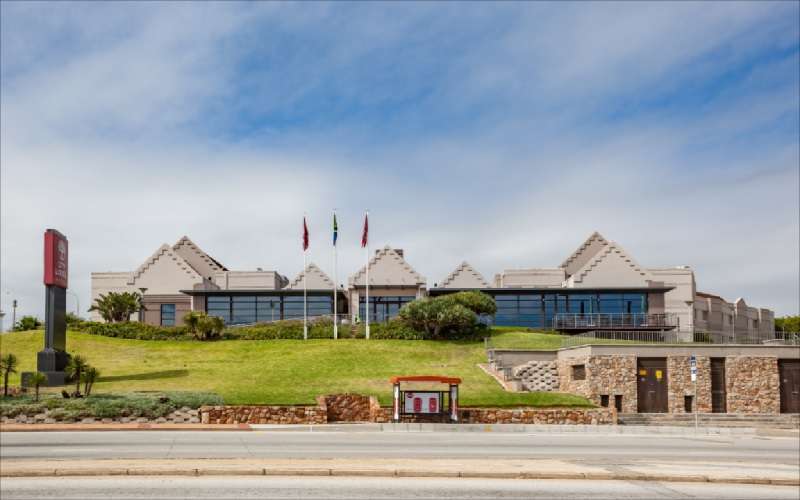 ★ ★ ★
12 Reviews
The City Lodge Hotel Port Elizabeth, as well as being close to some famous attractions such as the Oceanarium and shops. Guests are accommodated in comfortable hotel rooms with convenient
BOOK
ADDRESS: Beach Rd, Summerstrand, Port Elizabeth, 6013 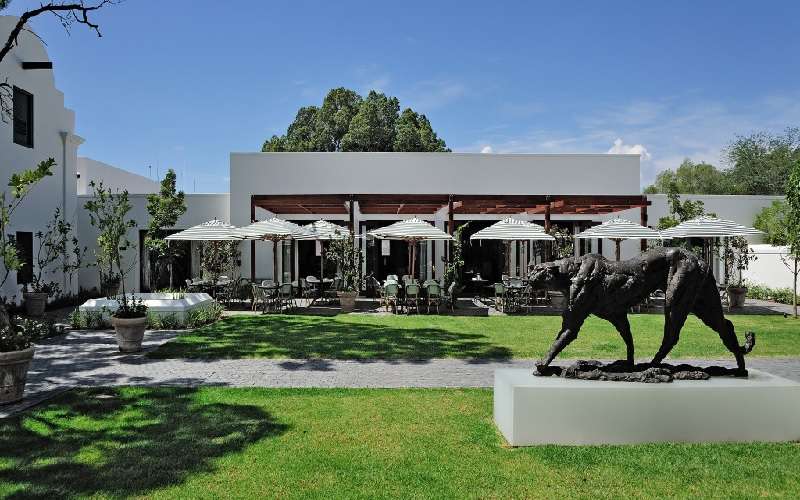 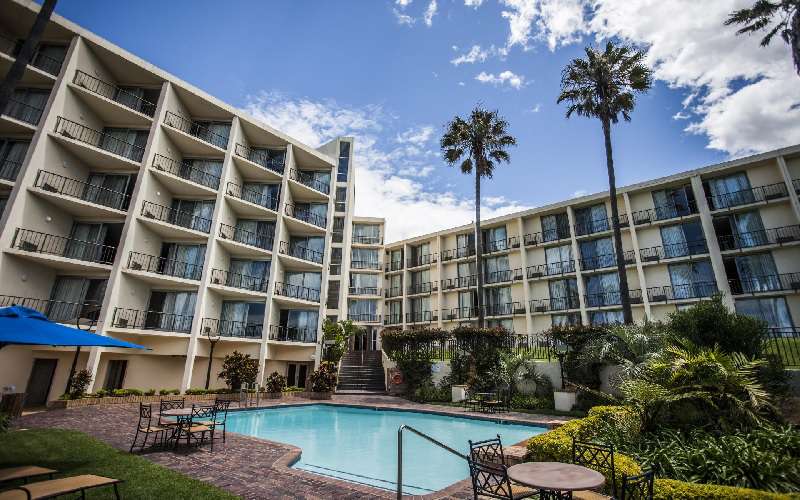 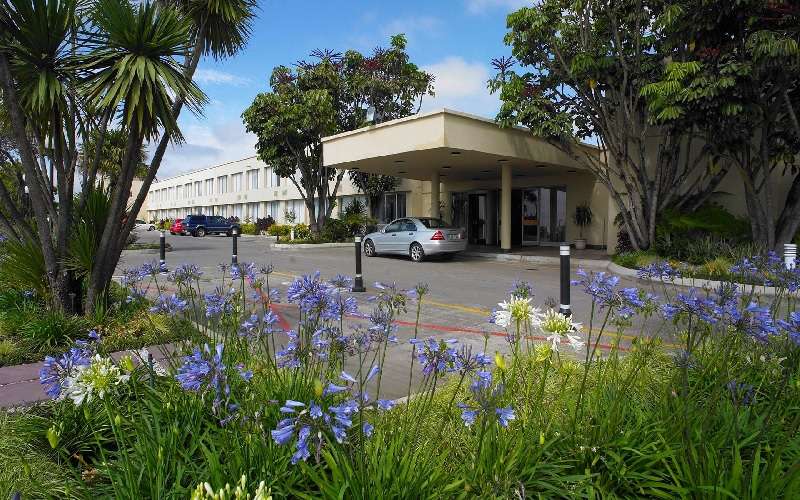 ★ ★ ★
13 Reviews
The Garden Court Mthatha is part of the Sun Hotel group, you can be guaranteed of high levels of service. The Garden Court hotel is conveniently located on the N2 highway about 10
TODAY'S RATER1,900 BOOK
ADDRESS: Nelson Mandela Drive, Mthatha, Mthatha, 5100 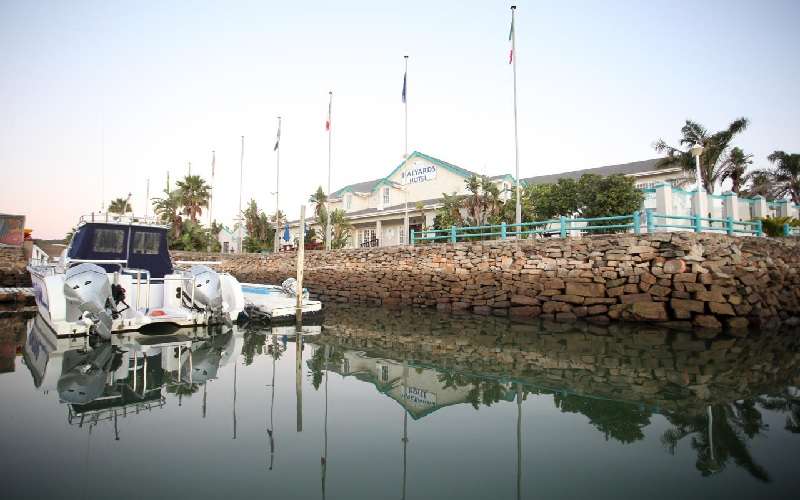 ★ ★ ★
5 Reviews
The Halyards Hotel is in the Royal Alfred Marina of Port Alfred surround by The Kowie River and a short distance from the white sandy beaches. The Halyards Port Alfred is known
TODAY'S RATER770 BOOK
ADDRESS: No 8 Albany, Road Port Alfred, 6170 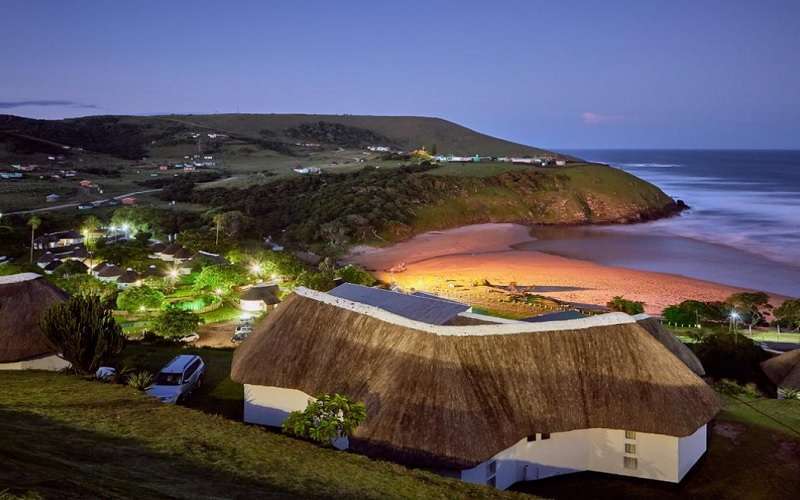 Hole in the Wall, Coffee Bay 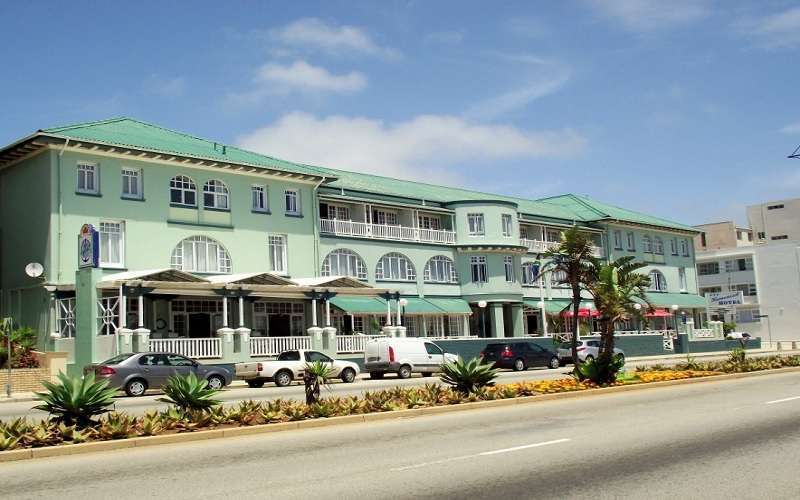 ★ ★ ★
5 Reviews
The Humewood Hotel in Port Elizabeth is across the road from Kings Beach and diagonally across the street from McArthur swimming baths. The hotel is known as the most iconic hotel on
BOOK
ADDRESS: 33 Beach Rd, Humewood, Walmer, 6001 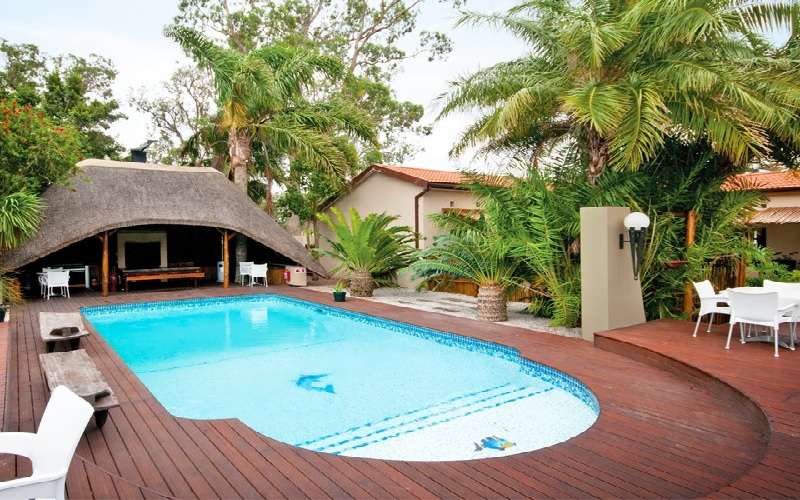 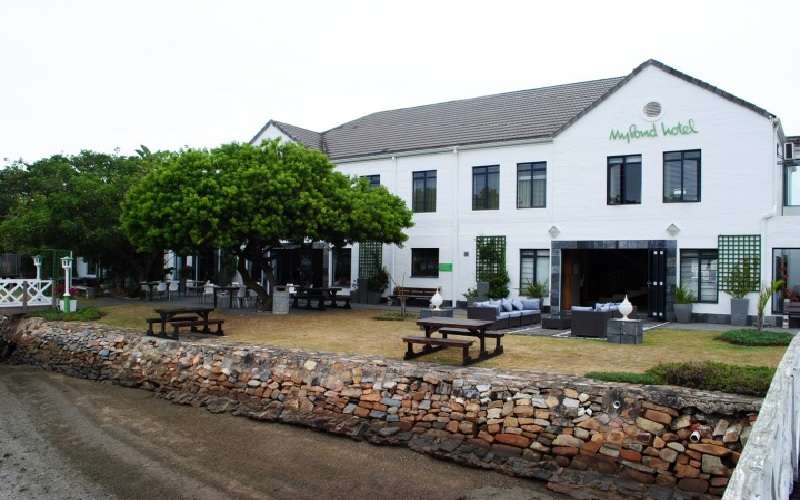 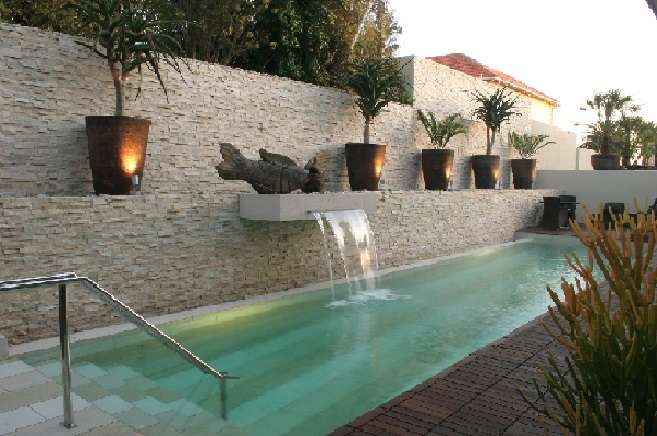 ★ ★ ★ ★ ★
5 Reviews
The Number 5 Boutique Hotel in Port Elizabeth, on the Southeast coast of South Africa. This hotel, which used to be called the Shamwari Townhouse, has created a new level of lavish luxury
BOOK
ADDRESS: 5 Brighton Drive, Summerstrand, Port Elizabeth, 6000 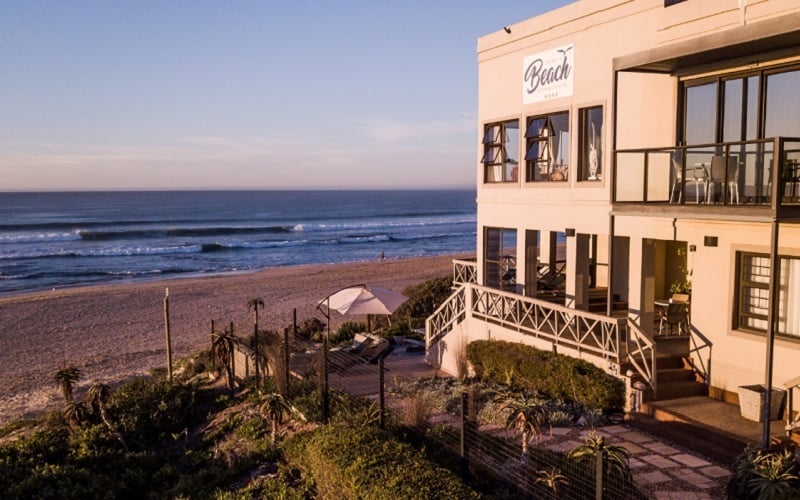 On the Beach Guesthouse

The early forerunners of South African hotel groups were the tales of 'Three Cities' which were the world class 5 star hotels, namely the Heerengracht Hotel Cape Town, The Carlton Hotel Johannesburg and The Royal Hotel in Durban.  Today, the historic Royal Hotel in Durban, KwaZulu-Natal, in is the only hotel left of the trilogy.

In the early 80’s, an influx of professional German and Swiss hoteliers came to South Africa, who imparted necessary standards for the South African hotel industry which are still visible today.  In 1994, the South African elections saw a significant influx of international guests which required the building of five-star hotels throughout South Africa due to the high demand thereof.

Some remarkable Hotels in South Africa

The extraordinary, magnificent Palace of the Lost City Hotel at the Sun City Resort in South Africa's North West province was the product of one of South Africa’s most famous hoteliers, namely Mr Sol Kerzner who created Africa’s most lavish hotel, which to date, has not been surpassed.

The seaside Twelve Apostles Hotel & Spa in Cape Town is a masterpiece in leisure hotel travel as it maximises its location of sea view and ocean breezes.  This five-star deluxe hotel in Cape Town holds the title of having one of the best health and beauty spas in the country.

The Sun International Table Bay Hotel sits on the edge of the Atlantic Ocean at the entrance to the famous Victoria and Alfred Waterfront in Cape Town.  The Table Bay Hotel offers a sophisticated level of elegance which meets the requirements of any discerning international traveller.

The luxurious Saxon Boutique Hotel & Spa in Johannesburg became famous by Nelson Mandela, who wrote his biography "Long Walk to Freedom" here.  If you are travelling to Johannesburg and you would like to enjoy an exceptional small boutique hotel, then the Saxon Hotel is highly recommended.

The legendary five star Michelangelo Hotel is on the bustling Nelson Mandela Square in Sandton, Johannesburg's premier address.  The Michelangelo Hotel, which is a member hotel of the prestigious "Leading Hotels of the World' group, has a long history of being an exquisite deluxe hotel.

The Hyatt Regency Johannesburg hotel forms part of the newest business hub in Rosebank, which offers the ideal accommodation choice for travellers doing business in the Rosebank and Sandton area.

The Fairmont Zimbali Resort near Durban in KwaZulu-Natal is a perfect example of international developers looking to get into the South African hotel market.  This Fairmont run palm fringed beach resort lies on the edge of the Indian Ocean attracting many local and international guests.

Located next to the Beverly Hills Hotel, the historical, seafront Oyster Box Hotel & Spa, which is the sister hotel to Cape Town's Twelve Apostles Hotel, is a new addition to the International Red Carnation hotel group.  No expense has been spared in making this grand old lady one of the most glamours hotels in South Africa.  The Oyster Box Hotel & Spa is the 'home away from home' for the rich and famous alike.

The future of South African Hotels

Growing and favourable trend within the South African hotel industry is the move to community owned hotels and guest houses which result in the local community not only benefiting from employment but also in sharing in rewards, one hotel being the Royal Marang Hotel in the North West Province of South Africa.

The move towards hotels going green and operating more environmentally friendly by making use of an example of solar power to heat water is also getting more popular.  The Sandton based DaVinci Hotel & Suites makes use of solar panels, energy saving light bulbs, low flushing systems and recyclable paper to name but a few.

FAQs about Hotels in South Africa

Is South Africa safe for tourists?

Yes, South Africa is safe for tourists if visiting the main tourist areas. There is a petty crime element and driving in the country can be a challenge.

What is the main Airport into South Africa?

For safari travellers, the Kruger Mpumalanga International Airport, the Hoedspruit Airport as well as the Pilanesberg Airport are of great importance to find the best connections to game lodges.

What are the most visited areas in South Africa?

The most visited areas would Cape Town, The Cape Winelands and the Garden Route and for a Safari that would be Kruger National Park.

What is the best time to visit South Africa?

The most popular time is in Summer which is from November through to April with peak season being January, February and March.  During these months, the Cape Region and the Garden Route receive very little rainfall and the temperatures are warm.