★ ★ ★
13 Reviews
The City Lodge Hotel Umhlanga Ridge in Umhlanga is arguably one of the best in South Africa, besides a gym, sun deck and terrace cafe the hotel. The hotel has an outdoor swimming
BOOK
ADDRESS: 2 Palm Boulevard, Umhlanga Ridge, Durban, 4319

★ ★ ★
6 Reviews
The Fairview bed and breakfast Umhlanga sandy beach with its famous promenade can be reached within five minutes from this Guest House. The Fairview Bed & Breakfast is in the centre
BOOK
ADDRESS: 5 Fairview Drive, Umhlanga

★ ★ ★
7 Reviews
Protea Hotel by Marriott Durban Umhlanga is situated close to Durban and is only a short walk away from the nearby beach. As well as being home to some of the best beaches in the Country,
TODAY'S RATER1,990 BOOK
ADDRESS: Protea Mall, Cnr Lighthouse and Chartwell Drive, Durban, 4320

★ ★ ★ ★ ★
6 Reviews
This Sandals Guest House is in beautiful Umhlanga Rocks, an upmarket suburb that is approximately half an hour north of Durban and close to the King Shaka International Airport. Guest
BOOK
ADDRESS: 39 Chartwell Drive, Umhlanga Rocks 4319, Durban, 4319

★ ★ ★ ★
6 Reviews
The Capital Pearls Hotel Umhlanga, Durban, is a new innovative hotel which is on the beachfront of beautiful Umhlanga. The Pearls Umhlanga is adjacent to the upmarket shopping at
BOOK
ADDRESS: 6 Lagoon Drive, Umhlanga, 4319 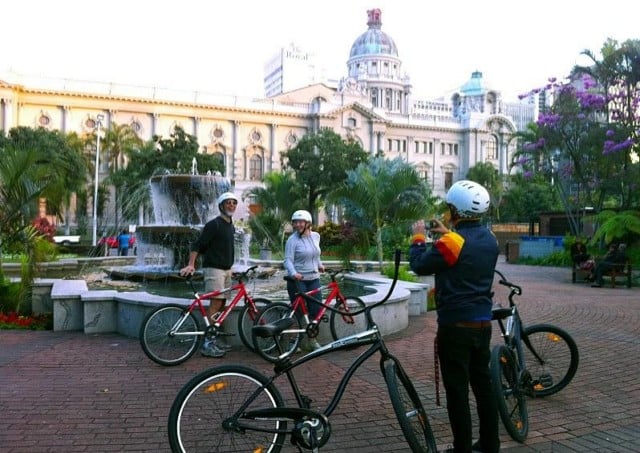 ★★★★★
6 Reviews
From the Southern Sun Elangeni Hotel on the beachfront to the Durban City Hall, from the Point to Durban's promenade, cyclists explore the great attractions this city has to offer in a unique and active way....
BOOK
ADDRESS: 6 Lagoon Drive, Umhlanga, 4319 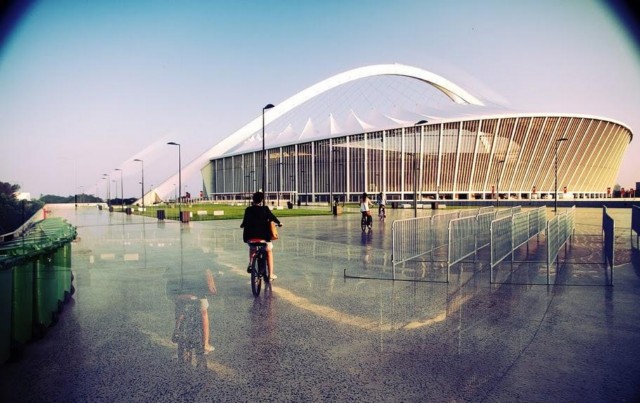 ★★★★★
6 Reviews
The unique and exciting Bicycle Durban at Night Cycle Tour makes its way along the Golden Mile, visiting the mouth of the Emgeni river then heads back to pedal alongside Durbans famous 2010 Soccer World Cup stadium....
BOOK
ADDRESS: 6 Lagoon Drive, Umhlanga, 4319
VIEW ALL TOURS 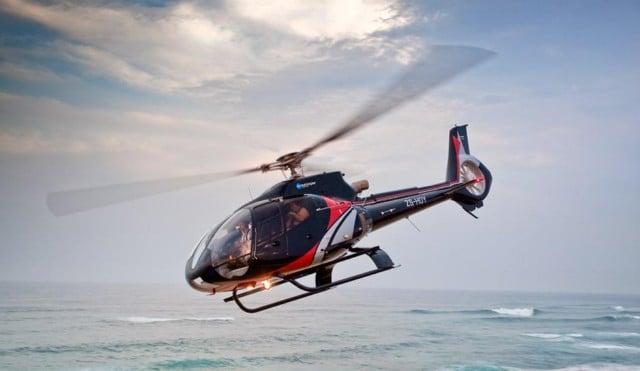 ★★★★★
6 Reviews
This unique and memorable helicopter ride can be done from Virginia Airport near Durban with options over the magnificent Valley of 1000 Hills or along the spectacular Durban coast line....
BOOK
ADDRESS: 6 Lagoon Drive, Umhlanga, 4319 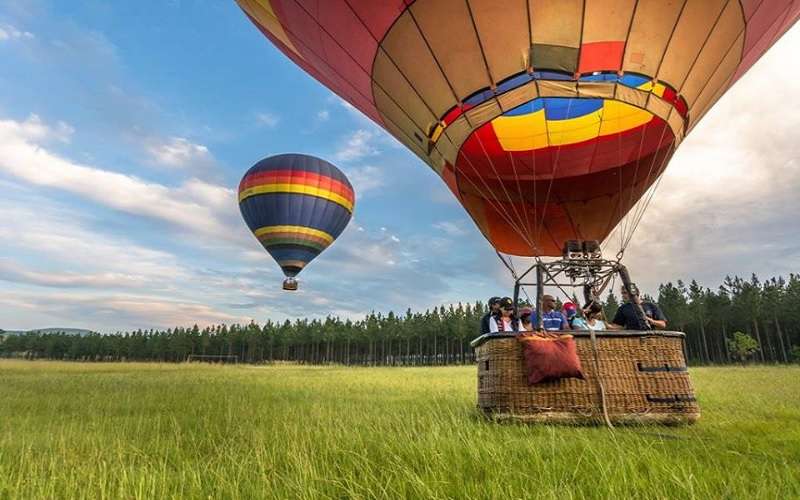 The Top Durban Hotels in South Africa enjoy the sunshine all year round. The Durban area has become a holiday destination for travellers from close and far during all months of the year.

Durban city has endless sandy beaches lapped by the warm Indian Ocean beachfront. Made up of Indian, Zulu and Colonial English history and smells of spices combined with a warm African smile always keeps tourists coming back.

A South African tropical holiday paradise, the demand for leisure as well as business accommodation in the city usually is high throughout the year. The city centre is a short distance from the airport near Umhlanga. The town is often called the Miami Beach of South Africa.

Travellers wishing to stay on the seaside with ocean views and yet enjoying the close distances to the city centre find many different accommodation options on the beachfront.

The Durban five-star hotels offer both corporate as well as leisure guests luxurious accommodation in a central location while providing many facilities, services, and amenities.

This internationally acclaimed Hilton is situated right next to the International Convention Center (ICC), making it an ideal accommodation option for guests attending a conference, exhibition or meeting. The City Lodge offers reasonably priced accommodation on the corner of Sylvester Ntuli, and K.E. Masinga drive provides easy access for guests to the famous beachfront as well as the shops and business in the city centre. Exciting water sports such as bodyboarding, surfing, sailing as well as scuba diving are favourite leisure activities enjoyed here.

The city is home to two of luxurious beach resorts, namely the five-star Zimbali Resort and Zimbali Lodge both have an elegant spa, golf, and beach resorts near Ballito, KwaZulu-Natal's spectacular North Coast.

FAQs about Hotels in Durban

Which hotels are five-star rated in Durban?

What is the oldest hotel in Durban?

Is Durban safe for tourists?

Yes, Durban is safe for tourists as the main tourist areas are well policed especially over the main holiday periods. However, one should always be aware of one surrounding and be vigilant.

Which is the most popular three-star hotel in Durban?

The most popular three-star hotel in Durban would be the Garden Court South Beach especially the ocean facing rooms. The hotel has a prime location on the beach near uShaka Marine World.

What is a popular hotel on Durban's South Beach?

The Garden Court South Beach is one of Durban's most popular hotels.  It is an ideal hotel for families travelling with children as well as business travellers.  This hotel overlooks the beach and enjoys a central location to visit the cities attractions.

Which is the closest hotel to the ICC (Convention Center)?

The five star Hilton Hotel Durban is located right next door to the International Convention Centre in Durban and allows travellers easy access.

Which is one of Durban's least expensive hotels?

In the central city Durban area, the Road Lodge Durban offers one of the least expensive accommodation options.

What are the best hotels to stay at Durban North Beach?

The SunCoast SunSquare Durban, the Southern Sun Elangeni & Maharani and the Garden Court Marine Parade are recommended hotels to stay at on Durban North Beach.

What is Durban's largest hotel?

Since the integration of both hotels into one, the Southern Sun Elangeni & Maharani Hotel on Durban's North Beach is one of the regions largest hotels.

Which suburb is located closest to the King Shaka International Airport?

The beautiful seaside town of Umhlanga is located only a few minutes drive away from the King Shaka International Airport, KwaZulu-Natal.  It is here where one of the nicest hotels in South Africa can be found including the five star, beachfront Oyster Box Hotel & Spa (Red Carnation Hotel Group) and the Beverly Hills Hotel (Tsogo Sun ).