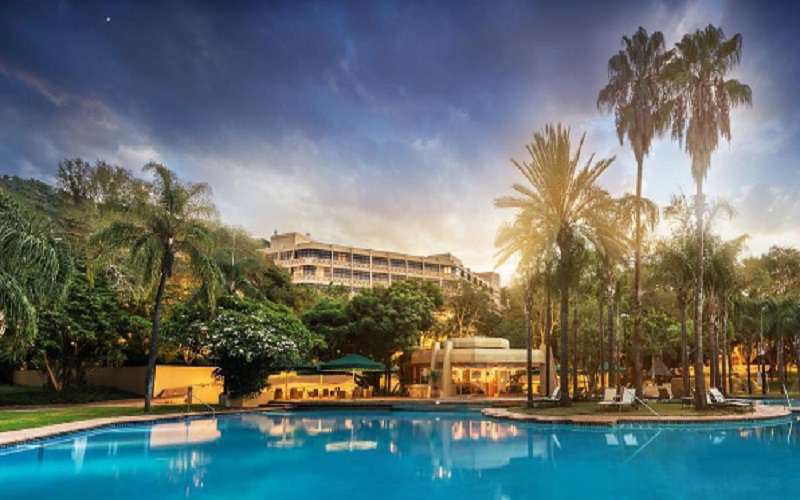 ★ ★ ★ ★
7 Reviews
The Soho Hotel enjoys a prime location next to the Cascades and in the vicinity to all the entertainment options. Soho Hotel & Casino at Sun City, Located in the Pilanesberg of South
TODAY'S RATER2,780 BOOK
ADDRESS: Sun City Resort, Pilanesberg, Sun City, 0316 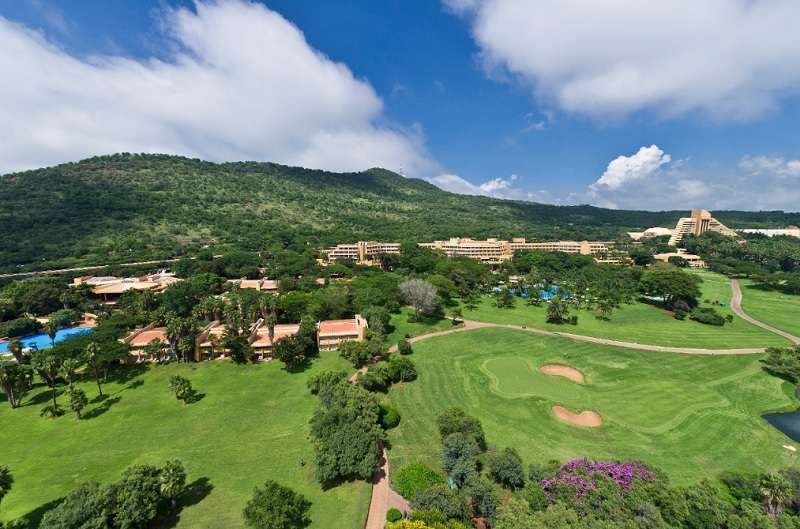 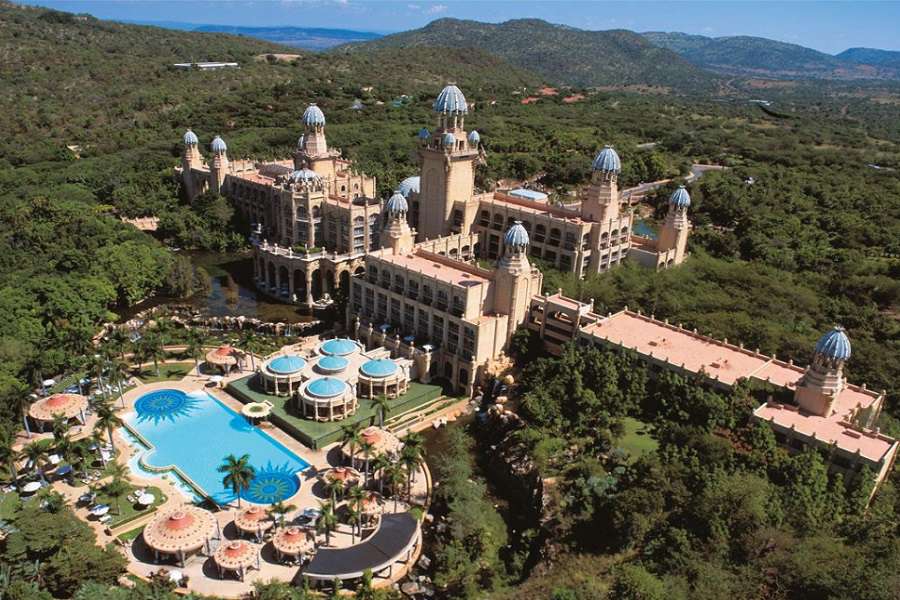 The Palace of the Lost City Hotel 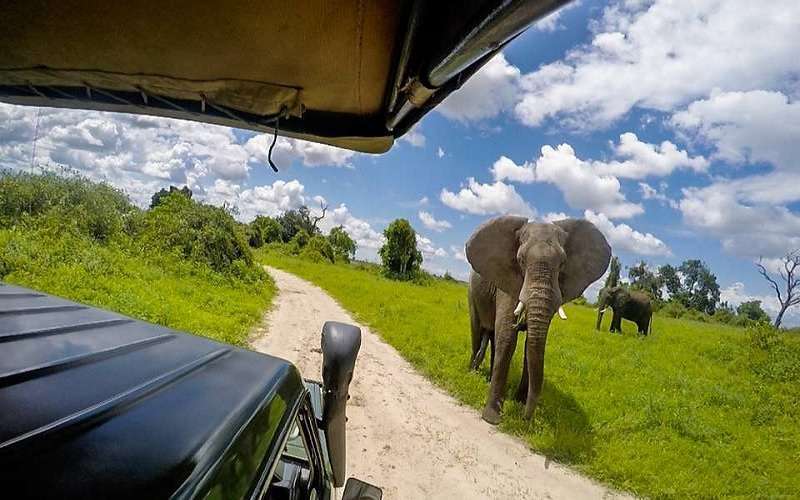 The heart of the volcano's crater is surrounded by three concentric rings of hills. Pilanesberg itself is the highest peak and provides its name to the whole formation. The Pilanesberg Peak overlooks the Mankwe Dam, which is situated in the middle of the Pilanesberg National park.

Until 1970, the Pilanesberg region was home to a lot of farms. It was then decided by the Bophuthatswana government to establish a game reserve. The resident farmers were relocated and one of the most ambitious wildlife stocking ventures was carried out. White rhino was transferred from KwaZulu Natal, eland was translocated from Namibia, waterbuck and Burchell's zebra from the Transvaal, elephant and buffalo from the Addo National Park and red hartebeest from Namibia. Today the Pilanesberg National Park provides a wide variety of African wildlife including the Big Five.

Recommended accommodations and lodges in the Pilanesberg National Park:

ANIMALS & BIRDS
The Pilanesberg National Park is home to large populations of a whole range of Africa's game, including the Big Five. Elephants, black and white rhinoceros, buffaloes, lions and leopards as well as hippos, zebras and giraffes can be seen. A wide variety of antelope including the very attractive sable, eland, kudu and gemsbok can also be found in the Pilanesberg National Park. Cheetahs, jackals and hyenas are also present.

The birdlife at the Pilanesberg National Park is abundant with over 300 species and bird lovers will be interested in the aviary, which is located at the Manyane Gate. At the 'vulture restaurant', which had been created to help save the shy and endangered Cape vulture from regional extinction, visitors can witness the vultures from a close distance.

SEASONS
The rainy season in the Pilanesberg National Park is during the summer season which is from November to March. Strong thunder and lightning showers are predominant in February and March. Temperatures during the summer months are between 26-30°C.

The dry season in the Pilanesberg National Park is from about April to September. It is during this dry winter season where bright clear warm days and cold nights can be enjoyed. The winter season is great for game viewing as the foliage has died back and animals can, therefore, be spotted more easily.

The Pilanesberg Game Reserve was originally owned by three local tribes and is now administered by the North West Parks and Tourism Board of South Africa. This region of the North West Province is fringed by three concentric hills, of which the formation rises from the surrounding plains. This landscape is referred to as the parks primary geological feature called the Pilanesberg Alkaline Ring Complex.

This vast circular geological shape of the Pilanesberg Game Reserve is very old as it is the crater of a long-extinct volcano and the result of eruptions which happened more than 1,200 million years ago.

The Pilanesberg is one of the largest volcanic complexes of its type worldwide. Its rare rock types and rock formations make it a unique geological feature. Several rare minerals can be found in the Pilanesberg. Located throughout the Pilanesberg Game Reserve are various places which originate from the Iron age and Stone age and display the presence of man from those periods in these areas.

The Pilanesberg Game Reserve is home to a wide variety of southern African wildlife including the 'Big Five' which are the five most dangerous game animals in Africa: lion, leopard, elephant, rhino and buffalo. In the Pilanesberg Game Reserve, today live most of the animal species of southern Africa which include also the black and white rhinoceros, zebras, hyenas, giraffes, hippos and crocodiles.

The Birdlife diversity of the Pilanesberg Game Reserve is excellent with over 360 recorded bird species. Though some birds here are migrants, most others are permanent inhabitants of the Pilanesberg Game Reserve, South Africa. The bird's food sources vary with some eating carrion or live prey, while others eat seeds, fruit or tiny water organisms.

What is Sun City's Best Hotel?

The Palace of the Lost City is Sun City's top five-star luxury hotel.

What are the five star hotels in Sun City?

The Cascades Hotel and The Palace of the Lost City are the five-star hotels located in the Sun City Resort, South Africa.

Where is the spa located at Sun City?

Which is the most cost effective hotel in Sun City?

The Cabanas Hotel is the most reasonably priced hotel at the Sun City Resort in South Africa.

Which hotel at Sun City is closet to the lake where the water sports are offered?

The Cabanas Hotel is located closest to the lake where thrilling water sport activities are available for guests.

Which hotel at Sun City has the most pools?

The Palace of the Lost City Hotel features the most swimming pools at the Sun City Resort.

Where in Sun City is the best breakfast served?

The most extensive breakfast buffet of all hotels in Sun City is served at the five star Palace of the Lost City Hotel.

Which hotel at Sun City is the most ideal for children?

All four hotels at Sun City welcome children of all ages and offer spacious family rooms whereby children can share the same rooms as their parents.  The Cabanas Hotel is located closest to the children's camp, namely Camp Kwena, as well as the lake for water sport activities and the animals.

What hotel at Sun City is recommended for honeymooners?

For honeymooners to experience a most unique stay, we recommend The Palace of the Lost City Hotel as well as the Cascades Hotel.  Honeymoon treats are available which can be arranged when the booking is made.

From where can the nicest views be admired at Sun City?

The most magnificent views over the entire Sun City Resort and beyond as well as the Pilanesberg National Park can be admired from the Palace of the Lost City Hotel.

Which hotels at Sun City have swimming pools?